Artists who create works primarily for traditional residential-styled buyers will have an increasingly difficult time finding a market as small contemporary galleries struggle.

On the other hand though, artists who create unique, whimsical, and unusual pieces designed to stimulate debate and controversy, now have a way, through social media, to connect with buyers and collectors with similar niche interests. If you want to push your artistic vision over the edge now is the time because not only can artists and galleries more easily find a market, art buyers too can more easily find art. Younger emerging artists are exploding in this area, and without doubt their presence will escalate exponentially in 2017.

In the report millennials identified their
#1 reason for buying art as emotion based.

57% of the decision to buy art is weighted towards investment,

44% of the decision was based on reasons regarding status

39% of the time an art purchase had social significance

The first number, 92%, is huge when you consider that
social media is the perfect tool to cultivate emotion.

Whether you are an artist or a gallerist, if you know how to develop an ecommerce web presence that entices and properly leads to a purchase decision, the odds increase greatly that once you have an art buyer’s interest, they will make a spontaneous decision to buy.

The problem today is that “most” of the third party gallery ecomm sites look like a Sears catalog.

It takes specialised skills to build an ecomm site that incorporates an effective sales strategy leading to a purchase decision. Templates don’t work. It needs a personal touch. Even though it is a large corporation,  Amazon does it masterfully, but the art world is still lagging far behind in this respect, by about twenty years.

That being said, the art world is also still in an early adopter stage, which means that if this dynamic even remotely mirrors what happened in the book and music businesses twenty years ago, and there is no reason or indication it won’t, it will only be a a very short time before this trend will also move across to the older Gen X and Boomer demographics.

As this trend grows, galleries will increasingly struggle until they either get onboard and embrace online promotion and sales in a more professional way, or they will disappear just like record and book stores did in the last decade. Many galleries in 2016 do have some type of online presence, but most are amateurish, which actually hurts them more than it helps because it undermines their hard won reputation for quality.

Artist websites can afford to look bohemian, in fact they should,
but for gallery sites shabby chic is the kiss of death.

If you’re an artist who thinks promotion is a dirty word you’re going to be pushed even further into the shadows. If you also think your art will sell itself, you’re living in a past world that existed only as an anomaly. Until an artist has an established and solid reputation, art rarely sells itself. It’s what contemporary galleries and agents are for, except now that galleries are struggling, with many trimming their artist rosters, staff, and promotional budgets, it is having a direct and deleterious effect on artists.

Many contemporary art galleries, just like newspapers, ignored the signs for years thinking the internet wouldn’t impact their business. Small contemporary galleries are now closing faster than acrylic paint dries in the sun.

Contemporary art galleries aren’t closing only because of what social media is doing, at least not in a big of way. Galleries are struggling because they are failing to meet the needs of buyers and collectors who also have had to tighten belts due to the recession and globalization. As galleries continue to weaken, it allows social media more of a toehold until the momentum becomes exponential and the paradigm flips.

Old guard artists will be able to grandparent out as long as they remain a bit flexible, but as galleries struggle to reinvent themselves, mature contemporary artists will eventually have very few bricks and mortar places to exhibit their work . It takes time and expertise to develop social media skills, so if artists and galleries don’t prepare now they will eventually run out of options. The good news though is that social media promotion is not hard to learn when you take incremental steps. The IAD offers programs, as do other art groups.

Successful artists today invest as much or more time promoting and marketing their work as they do creating it. If you are fortunate enough to have an agent or a gallery they can contribute significantly to the promotional workload, but artists also have to contribute in a variety of meaningful ways. 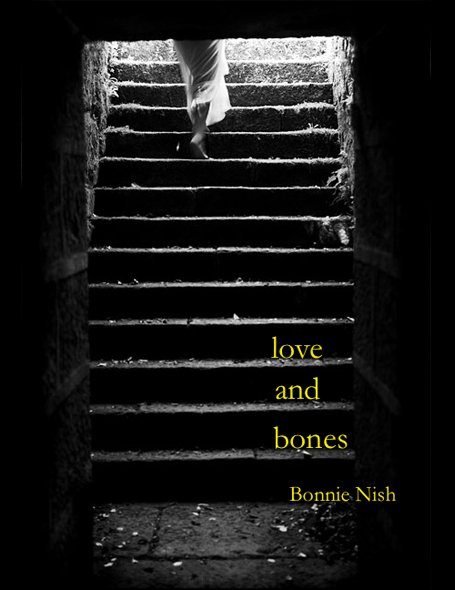 To put a new twist
on an old saying,

“Trump’s hair won’t comb itself”
and neither will art sell itself.

Artists need to be out there in some form or another virtually networking and promoting to increase their visibility and credibility in the artistic community.

For years writers have been expected by publishers to help with promotion, i.e. book signings, social media sites, mainstream interviews, etc. Today, a solid social media strategy is also one of the promotional tools a publisher expects an artist to use effectively.

Artists who create primarily for their own satisfaction are hobby artists, similar to artisans and crafters. Hundreds of thousands of hobby artists are, relatively speaking, pretty good at creating art, but it’s as far as they ever get. They don’t have any real interest in displaying or selling their art because it presents too much of a risk financially and emotionally – it hurts to be rejected. They usually have an adequate job that pays the rent and allows for basic comforts like a new car every now and then, and of course a vacation or two every year. They create when they have time, but they lack dedicated inspiration and don’t really know how the art market works, even though they think they do. No one in the art industry takes them seriously because they don’t take themselves seriously.

Hobby artists often also have the perfect studio space, and all the gear, except they need just one more gadget to complete their toolbox so they can then create their masterpiece. Thomas Moore wrote at length about artists like this in his well respected book, Care of the Soul. If I’ve described you in the paragraph above, this book is highly recommended.

This 6 Part Series of articles is not for hobby artists. It’s for artists who want to create full time and who will die trying. They might still have a day job, but they work every day towards becoming a full-time artist and living the dream. More importantly, they take all the right steps towards their goal, and they have a timeline with a series of events they meet. If they do have a day job, it is often in an arts-related field, so that at least every day they are immersed in creativity in some capacity.

I think what irks full time artists the most about hobby artists is that hobby artists often complain that they can’t sell their work because the market isn’t very good right now. The reality though is that the market, except for recession type anomalies, is actually pretty good for artists who work at “selling” their art. As long as you keep abreast of changing buyer interests, and marketing and promotion strategies, it’s not that hard to find someone to buy your art if it is well produced and unique. The key to sales–it has to be unique. In sales terms it means your art must have a differentiating factor, whether it is subject matter or technique. Gallerists sometimes like to pretend there is some type of magic involved in art sales, but as you’ll see throughout this series, there is no voodoo. It’s all about human behavior and sales technique, and it’s not hard to learn. Similar psychological techniques that work for car, house, and vintage wine sales, work for art.