Just like the music industry twenty years ago, the visual art middle is being squeezed and overshadowed by both ends. The middle represents artists who produce work, but who don’t actively promote or sell. They hang on to implausible hope that prospective buyers will somehow stumble upon their work. This group represents the bulk of the industry and is made up mostly of part-timers – some highly skilled and creative as artists, but not as marketers. On the right side of the spectrum squeezing out the middle are high end galleries and elite artists, plus, hedge fund investors who artificially inflate prices so they can flip for profit. This bubble is rapidly inflating, and it could very well burst in the near future. 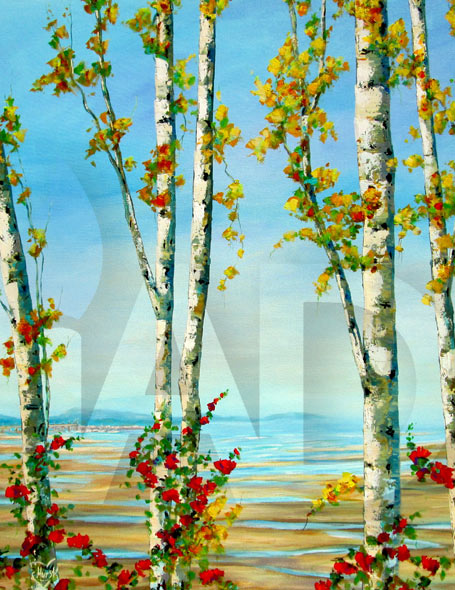 On the liberal left is a growing group of emerging artists who use social media to disrupt the system. Every artist should be operating and communicating in this sphere, but so far it is primarily younger emerging artists.

The once strong liberal arts community of artists, galleries, and collectors, a group that embraces avant-garde and even political rancor is being scooped and upstaged by individual artists who know how to use social media to extend their reach in partnership with and even beyond galleries. 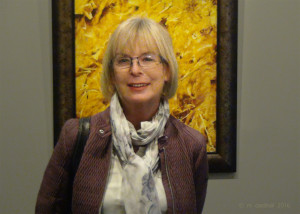 It’s the first time artists have had such “direct” access and power, but in order to capitalize on this rapidly growing phenomenon they also need at least rudimentary writing and promotion skills, which galleries traditionally provide.

The good news is that this style of promotion is still so new artists can be highly experimental and make mistakes and few will notice or care because everyone else is also still trying to figure it out.

Artist run studio-galleries fit into these laterally radiating global hubs very nicely and have become increasingly popular as society cocoons in social media worlds. We are not as face-to-face friendly as we used to be. We now often live and work in digital silos connected to more silos. As traditional contemporary galleries shape-shift, reinvent, and even close, galleries owned and operated by artists gain higher visibility.

The goal for studio-gallery artists is usually to be able to maintain control over their artistic freedom while maintaining economic viability. These Instagram art stars usually have no grand illusions of competing with blue chip galleries that have far superior marketing and promotion expertise and fat budgets to woo collectors at expensive dinner parties, but they do know how to use social media effectively.

The secret for artist run studio-galleries is to find an affordable location in an area that values culture. Studio galleries are natural meeting places for artists and their collectors.

In urban areas it’s easy to drop in to see recent works, and sometimes even to view pieces currently in production. It can also become a hotspot for local and visiting artists to hang out and trade information.

Chris MacClure (IAD Founder) and his wife and partner Marilyn Hurst have owned studio galleries in White Rock BC and Cabos San Lucas (The Golden Cactus ) and learned decades ago about the importance of being at the center of the art community in your region. Younger artists have expanded and pushed their local region towards a global platform using social media like Instagram and Twitter.

There are literally tens of thousands of artist-run galleries like this around the world, with some of the most experimental in Europe – Berlin to name one city in particular. Artsy published a great article recently featuring artists like Carrick Bell and Michael Rocco Ruglio-Misurell of Horse and Pony Fine Arts; and also Christian Siekmeier of Exile; Barbara Wolff and Katharina Stoever of Peles Empire ; and Rachel Alliston of Decad.

The Horse and Pony Fine Arts web presence is simple and complex at the same time. Simple in design, but rich in “easily” accessible content.   They also incorporate a few video pieces, which is absolutely mandatory in this era if you really want to separate yourself from the crowd.

Artists will soon have no choice but to produce a video depicting their art, style, and most importantly their personal selves – the human spirit behind the concept. If you don’t want to play in the video arena, you will inevitably get pushed to the back of the line. A well produced video can be an influential reflection of a bricks and mortar gallery delivering all the relevant information, provenance, and aesthetic impact necessary to entice a buyer to a purchase decision. When you do it properly, and it is an art, it makes it easy for collectors to learn about you and your art.

Wealthy collectors use the internet just like you. Donald Trump has one of the most popular Twitter accounts today @realDonaldTrump  and is a prime example of a society subset that has embraced social media.

If the wealthy are there, artists need to be there too, just like the artists below …

A Day in the Life of Artist Lori McNee