My business partner, Chris MacClure, painter and Founder of International Artist Day reminded me that the perceived value of an art piece is directly proportional to where the prospective buyer sees it hanging.

It sounds shallow, and makes many artists boil with contempt, but the reality is that in many respects, the elite have strong influence over the art world just as they do the wine world. Wine promoters, gallerists, and curators all manufacture sophisticated campaigns designed to artificially inflate value of their respective products. Fake it till you make it!

Art value is not real, it’s perceived, and it’s exactly why hedge art fund investors do so well. They pay homage to P.T. Barnum’s “There’s a sucker born every minute” mantra, which is also known today as a #Trumpism.

It is futile for galleries at this late date to complain about hedge-fund art investment fraud and global scandal when it is contemporary galleries too that built and still stubbornly promote this dynamic, albeit on a much smaller scale. Blue chip galleries raised the bar for everyone, which means all buyers now have well defined expectations of what makes art great, whether it sells for one, or one billion dollars. 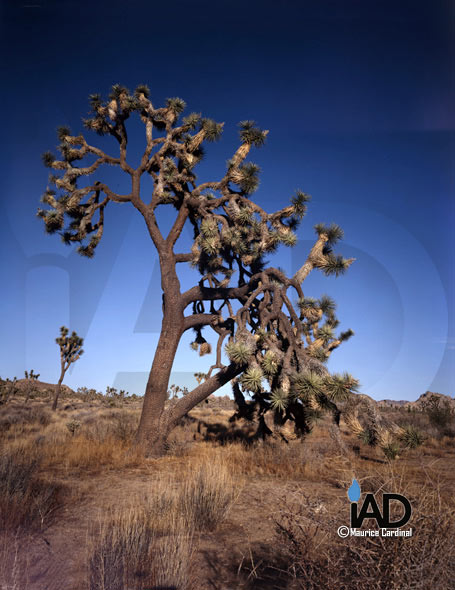 In the 80’s I was an executive on an elite team  that sold superstar artists to Donald Trump for his Atlantic City showroom casinos.

Consequently, and this is my personal opinion not that of the IAD, I know firsthand that even an egotistical  blowhard like Trump can be wooed and fooled. The bigger the ego, the easier it is to do. We loved Trump because he overpaid for everything.

Promoters like Trump, and that’s what he is  – a promoter like boxing impresario Don King, operate on perceived, not real value. If you convince buyers who also think like this that your art is worth what you’re asking, and you design the sales proposition properly, it’s possible to entice them.

It is the exact same psychology galleries use, and
a strategy Hollywood agents perfected decades ago.

The music business operates on the “You’re only as good as your last hit” mantra, which basically means, “Yeah you reached the coveted #1 position last week, but what do you have for me today that is just like yesterday, but different? Not too different, just a little different from why I liked you in the first place, and not too esoteric, just enough to stimulate the imagination of people who aren’t artists, you know, the buyers who quit dreaming when they settled into their complacent keep up with the Jones’ lifestyles.”

Artists have to always remember that buyers often live vicariously through you. They want to be you, but they literally cannot stomach the risk. Consequently, it follows that if you as an artist don’t take a risk, what is it then that you bring to a buyer’s table? The high value of perfect technical ability maybe, like Robert Bateman? Ah, of course, the mainstay of the pseudo-intellectual buyer who is looking for art to match their walls and staid lifestyle. It’s a mainstream style he helped develop, and he’s done a lot of good for the industry, ecology, and his wildlife charities, but if you’re an artist, good luck competing in an oversaturated market full of similar copycat artists who don’t invest the time. If you want to compete for this audience you need to take the same risk Batman takes by being highly detailed, invest huge amounts of time in each image, and deliver something a little different, but the same on each canvass. Any time you invest that heavily in yourself, whether it is time in front of the canvass, setting a photo scene, or raising your visibility through promotion, you take huge risk, because all we have that is of “real” value is precious time.

A smart artist today, one who actually wants to be able to support themselves so they can create full-time and invest all that time painting in each hair, has to know where the market is going so they can identify the special conditions each genre and style requires. You can’t just show up like back in the day. That luxury is long gone because now everyone is an artist, and some of the part-timers are better than the lifers, which dilutes the professional art market and confuses buyers.

Malaysia mass produces living room art for fifty bucks a canvas that looks so good that sometimes even the pros can’t tell the difference. Social media has pulled the Wizard of Oz’s curtain aside so we can now all see the machinations and manipulations. Some galleries and curators don’t like the reveal, but transparency is progress, so some of the progressive galleries are now scrambling to more seriously integrate themselves into the social media community where they can promote their products transparently as they also figure out how to protect their traditional industry secrets that help keep them competitive.

The reality is that galleries and artists who understand
this concept are already picking low hanging fruit.

Times change. You need to change too.

One of the personal problems way too many artists have is that they produce work to match the drapes instead of producing a piece buyers want to proudly display and talk about. Too many artists play Walmart safe, and then wonder why their work doesn’t sell. Or they create something so esoteric only a small portion of buyers appreciate it, which is fine if you can sell it for $100K, but finding buyers who will repeatedly invest that much in a piece that makes sense to only a tiny psychographic will be a never ending challenge.

If you want to be saleable you have to walk that
fine line between innovation and the comfort zone.

Today, artists are proposing to launch a cultural strike and not work the day Donald Trump is inaugurated. Really? That’s it? I’m beginning to believe what I read about millennials. In my day artists would be plastering the town with protest posters and organizing rallies. Some would even be getting shot. It’s not like we don’t have a lack of things to protest today, but unfortunately not enough artists are taking  the risk to lead the march.

I absolutely understand why U.S. citizens feel a need to do something to protect art and culture, but it’s their strategy I question. Passive aggressive action will not phase someone like Trump. Knowing him and his narcissistic type, in his mind he will consider it a victory because he negatively impacted the boycotters’ revenue stream, and that ultimately, is his goal. He will feel like he won, and his followers will agree.

I do like however what some of the museums are doing. They too agree something has to be done, so many, like The Whitney Museum, The Museum of Contemporary Art in Los Angeles, and the National Museum of Women in the Arts are offering free or pay what you want admissions and doing it in celebration of the First Amendment and free speech. Plus, some are hosting special events themed for the day to bring visibility to the cause. Hopefully artists everywhere will congregate in U.S. art centers and galleries and voice their opinions that day too. We’ll see. ArtNews published a great article with more details.

What about it smaller galleries, what are you doing to mark Trump’s inauguration? Not just hiding out and avoiding issues that negatively impact your livelihood I hope.

The Baltimore Sun is a calling artists out for being too wishy-washy re Trump.

Another challenge artists face today is diversification of the art industry.

Just like the music business, the visual art world
has been fractured into a variety of genres.

Thankfully though, for each genre there is a matching buyer. 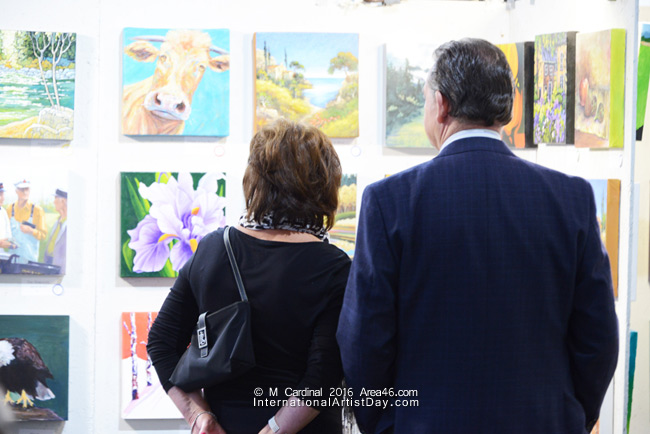 Back in the day it used to be easy to choose a musical style. For example you could pick classical, rock, pop, country, blues, and a few more, but today the options are endless with styles like acid-jazz-funk-fusion-kiddy-pop. The same goes for the visual world. It’s even possible today to purchase, for relatively large and surprising sums, digital art, which is made up entirely of pixels and delivered, avec provenance, on a hard drive. Art in this style can sell for upwards of $30,000. The trick is to find a buyer, but again, thanks to social media, it’s relatively easy to identify and network within this community.

Artist Joshua Citarella knows how to disrupt the gallery system, and he does it tongue in cheek in a wildly unique and experimental way. His online art store on Etsy sold fifty-four pieces in 2015, and although none of the sales are groundbreaking from a traditional gallery perspective, it indicates once more that buyers will purchase art online, and even more importantly, because all except one of the purchases were made by people within Joshua’s network, it means collectors also support this new system. When artists like it, and collectors like it, galleries had better like it too and rethink their process.

@tommyt_eth @gmcapital_ @beaniemaxi @king__jesse This was my first thought, I'm probably just going to turn my back on beanie's entire circle. There is plenty of other spaces to pick up tips that don't have this kind of smear all over it.

@IntlArtistDay @andrwwang The educational rollout from all corners is abysmal. I still feel like someone is trying to convince me, rather than intrigue me

today showed me how badly we need web3 investigative journalists. people who can study the blockchain, promote transparency, and hold powerful people to account. they are maybe as important as the collector, the community builder, and the artist.

It's critical that we educate newcomers to the NFT space. In 2017, I saw a lot of good people get burned by ICOs that turned them off to crypto entirely. We can't let the same thing happen here.

@RTFKTstudios Unfortunately, it will be later due to a sloppy rollout and zero to no education for an industry that deserved to be prepped, but instead was hunted and consumed. I've seen this happen twice in my life. The results are always the same. The next phase is education.

I think we will prove the idea that Music NFT does not need to have any of the "ownership" of the music, its a digital asset that people collect and trade 🚀

Music is the most consumed media type in the world (Spotify, TikTok, Music Festivals).

Music NFTs value Music directly like Art and will unlock significantly more value for the industry.

Artists were warned long ago, but greed got in the way.

1/ Beanie (@beaniemaxi) has been exposed as a serial scammer. Profiting from fraud projects with his previous identities and many more scams. He’s also deceived most people into the NFT space, making 8+ figures.

I am excited to launch this NFT on the world's first carbon-neutral marketplace for videos and photos, @TheSavageApp. Stay tuned for more updates, coming soon. #Humpback #Nature #NFT #Savage

As life remains unsettled, but with a semblance of normality, the way you communicate with your audiences and visitors is more important than ever. Here's 7 steps to build an effective communications plan. #ontheblog https://www.rozsafoundation.org/post/7-steps-to-build-a-pandemic-communications-plan

Thats done now for giggles I'll put this in Photoshop and see what I can come up with.