Visual artists and their agents have more power today than they have ever had simply because they can now communicate directly with buyers and collectors, and if they choose, bypass contemporary galleries , although in most cases that’s probably not recommended.

Buyers and collectors also now have more power for exactly the same reasons.

Contemporary art galleries, which are feverishly scrambling to reinvent their business models, represent a strained system that is falling out of favor with artists and buyers.

It’s no longer accurate to talk about the art world in generalities, especially in the world of contemporary art where the norm is to move at light speed. If you make a claim that galleries are struggling, it’s important to differentiate between the types of galleries. For example, there is a big difference between legacy galleries that only manage the masters in a blue chip market, and contemporary galleries that promote emerging midline artists. Not all galleries are in trouble. In fact some don’t consider it a struggle at all – more like a blip until they see where the market is going, at which point they adjust. 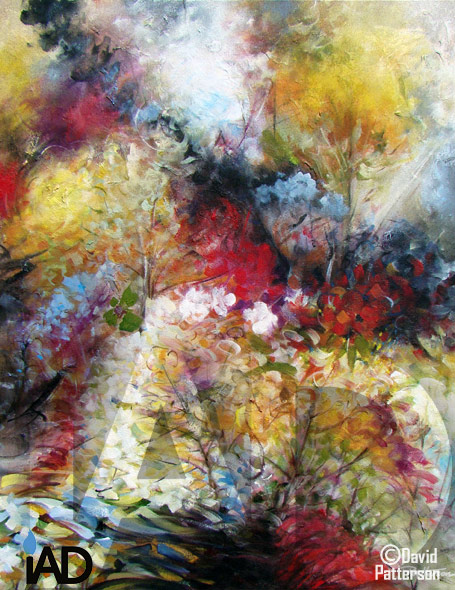 High end art galleries are experts at controlling art prices by carefully manipulating artists and buyers, but don’t confuse these investment houses with small urban galleries because there is a big difference.

High end galleries resist social media because it is inherently transparent and exposes too many secrets. The last place you want to be seen when you’re price fixing is on Twitter.

The luxury market strategy works much differently than the common art market, and it’s critical to know the difference.

It’s also important to realize that a wide range of art viewers are watching online, from experts to neophytes, which means if you want to evolve and expand your market you have to be patient with newcomers and not talk over their heads in art-speak that only a person with a degree would understand. In today’s contemporary art world, philosophy and art degrees fall under the “good to have” but not “need to know” category. If your goal is to be a curator of a museum or large gallery a degree is mandatory because that investor-driven group is primarily influenced by provenance and pedigree as opposed to the aesthetics and emotion of art.

In our new world of contemporary art, everyone in the social media sphere is not only watching and asking, but also demanding, including consumers who might not know anything about art, but they know what they like. All of a sudden everyone is an expert and critic, and everyone in our fractured niche world now matters simply because they have a voice. Go ahead, ignore or insult them and see what happens on Facebook and Twitter. You probably won’t like it.

Galleries that promote primarily contemporary artists struggle to reinvent themselves as disruptive strategists circle tighter and tighter. What you thought you knew about promoting, selling, and buying art is rapidly changing.

Emerging artists, especially millennials, embrace technology and social media, while old guard artists struggle more e3ach day to continue to cultivate and manage the traditional networks they created over many decades. As you might expect, they are also preoccupied with protecting their markets and hesitant to change what has worked for them in the past – transitions are always difficult.

Mature artists have access to the same technology, but are reluctant to use it for a variety of reasons, mostly because it can be confusing, but also because they are concerned about alienating contemporary gallery owners who, for similar reasons, have also been reluctant to change how they do business. Change can be expensive. Many mature artists feel intimidated by technology so they do only the bare minimum and hope for the best while they wait for the market to return to its old dynamic. The reality though is that the art market will never return to its hierarchical, gallery-influenced past no matter how much you wish it.

For insight about how the contemporary visual art industry will evolve over the next couple of years a good place to start is the music industry and to look at what happened when MP3 came on the scene over two decades ago. Technical aspects and product format are different for visual art than for music, but the delivery and promotion model share many similarities. Promotion, thankfully, is relatively similar across all art genres, and what works for independent musicians often also works for visual artists.

Art took on an unexpectedly strong political undertone in 2016 when Donald Trump was elected president. Opportunities in this arena grew explosively and seem to be endless. 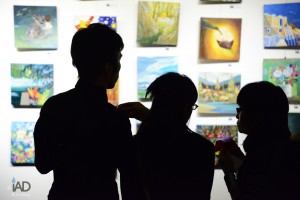 Many artists however resist being politically oriented fearing it will impact corporate sponsorship, commissions, and grants.

For that type of more traditional artist there is no obvious political upside like there is for artists creating work on the fringe with pieces designed to raise consciousness and awareness, perfect fodder for millenials.

Art plays a key role in what we know of ourselves as a society and is one of the mirrors we peer into every day. It’s not an understatement to say that if it weren’t for artists, we would all be much less informed and poorer for it.

It was almost fifty years ago in the late sixties when artists banded together to promote a collective political ethos, and they did it quite aggressively. Think John Lennon vs. “The Man.” The Peace Movement was driven by musicians, writers, and protest posters.

Artists changed the world in that era until hippies grew up to become bean counters.

In the decades since, governments and corporations have decimated art funding.

When you take art away … all you have left is a blank canvass.